Bargaining for evidence in a Hybrid Forum? The case of an indicator expert group chaired by the European Commssion 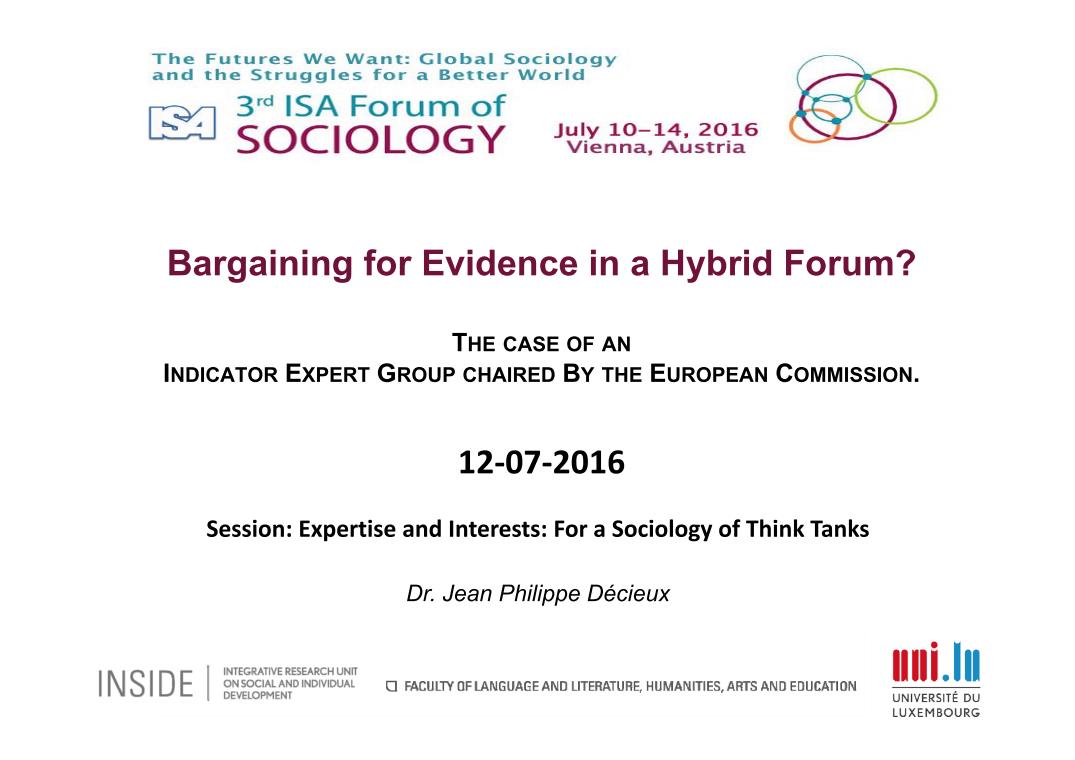 In the area of policymaking, we observe that decisions increasingly base on knowledge/evidence debated in hybrid think thanks by external experts. This knowledge is used to ideally fade uncertainties by calculating the risks involved in the final decision and by this to legitimize political decisions by delivering hard-facts in the argumentation (e.g. as “evidence-based-policy-making“). A consequence of this decision-making processes is the authoritative implementation of knowledge and direct application into the context of everyday-life. Such a political-decision-context often is a very specific situation, in which traditional mono-disciplinary scientific knowledge commonly is not precise enough, because usually it is produced to be universally valid and bases on certain assumptions. What is needed in such a context of real life application is socially robust knowledge.

As a response to that demand, the mode of knowledge production is changing. Instead of linear-ordered knowledge-production, hybrid forums of heterogeneous actors are becoming important. These actors are debating and bargaining solutions to a problem and are co-constructing a contextualized knowledge as decision-making-base for the specific context of application. This discursive process of knowledge production is not only affected by the different forms of knowledge from the heterogeneous actors, it is also influenced by the heterogeneous world of relevancies (interests, targets, practices, experiences…).
This study assesses and analyses by a multiple triangulation how an Indicator Expert Group of the European Commission develops social indicators (as an example for political evidence) within a transdisciplinary- and transnational expert-discourse.
Based on multiple data sources my study is offering information on how evidence is produced in decision-making within such hybrid forums, e.g. important factors, processes and structures influencing indicator-systems.