How much evidence is in evidence-based policymaking: a case study of an expert group of the European Commission 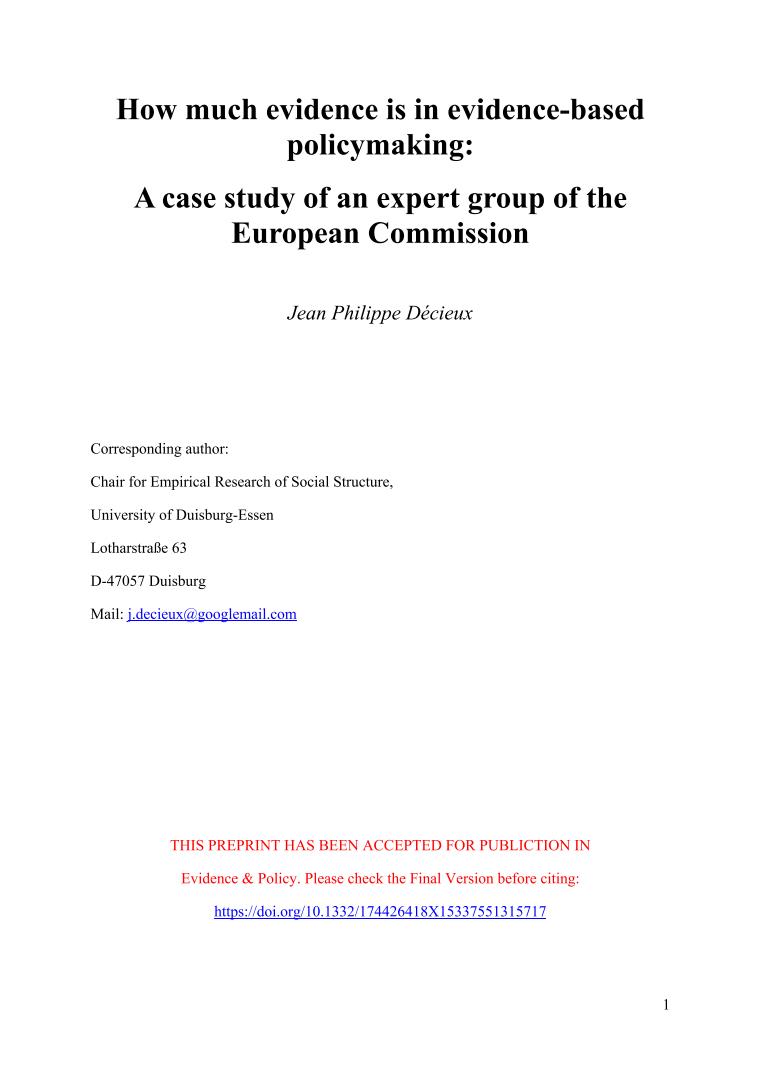 Knowledge co-production is a solution-oriented approach to analysing real-life problems such as making the right decision in a given scenario. The most popular examples come from evidence-based policymaking contexts. Political decisions made in this way rely on specialist expertise co-produced in organisations that can be characterised as Hybrid Fora. However, despite the rise in popularity of Hybrid Fora and evidence-based policymaking processes, there are only a few studies that analyse the influencing factors of knowledge co-production in these contexts. The case study presented here addresses this new area of research through a documentary analysis and 11 expert interviews, both analysed via qualitative content analysis. First, the study reconstructs how knowledge is produced within an Expert Group of the European Commission. Second, it reflects how the produced knowledge is de facto included as “evidence” into the decision-making processes of the relevant policy area. The results of this study show that in this expert group, pragmatic and extra-scientific criteria such as specific stakes and interests as well as the group hierarchy controlled the process of knowledge co-production. Moreover, it also seems that knowledge produced by the interaction of experts within the examined Expert Group has a more symbolic, policy-orientated function, rather than being specifically used as decision-making evidence.

Décieux, J. P. P. (2020). How much evidence is in evidence-based policymaking: a case study of an expert group of the European Commission. Evidence & Policy: A Journal of Research, Debate and Practice, 16(1), 45–63.